Lufthansa is expected to roll out a new first class suite on its long-range Boeing 777X fleet, although the initial deliveries of the 777-9 series will top out at business class.

This will of course be the Star Alliance member's all-new business class, which will begin flying from 2020 and offer not just direct aisle access for every passenger but a series of solo 'throne' seats in the middle of the cabin, providing additional privacy and added personal space on either side of the passenger.

Those early 777-9s will arrive without first class "because they will replace elderly aircraft that also don’t have a First Class cabin”, Lufthansa CEO Carsten Spohr commented on the sidelines of an airline conference in Berlin.

Lufthansa plans to have seven Boeing 777-9s delivered across 2020, with those jets based in either Frankfurt or Munich, but a second tranche of 777-9s is tipped from 2021 will see the debut of new first class suites.

"In general, we want to keep the share of First Class-equipped aircraft in Lufthansa’s long-haul fleet at the current 50 percent," Spohr added.

Lufthansa had previously considered replacing first class with a 'Business Plus' cabin on some Boeing 777-9 jets flying routes with insufficient demand for a full first class cabin.

However, "first class is developing better than we’d imagined three or four years back," Spohr told Lufthansa staff in a recent briefing. "We’re looking at routes where it makes sense, where we have the customers who want it."

Re: Nuova lounge LH a FRA 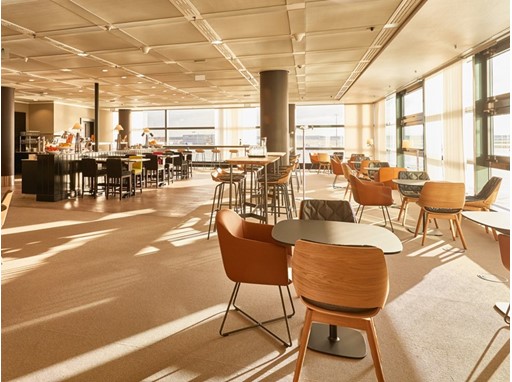 Passengers with lounge access can now look forward to having an even more relaxed lounge stay before their departure in the Terminal 1A Schengen area at Frankfurt Airport. Today, Lufthansa is opening the Panorama Lounge operated by Lufthansa as response to the high demand for the two existing Business lounges in this area, caused by the increase in passenger numbers.

As a result of the recently available leasing space opposite Gate A26, an additional 1,100 square meters are now available for Lufthansa Business Lounge guests. This will increase the number of seats available in this area by 40 percent.

Dr. Andreas Otto, Lufthansa Group Product Manager for Premium Airlines and Chief Commercial Officer Austrian Airlines said: "I am delighted that by renting the Panorama Lounge we can once again offer our lounge guests the service they have come to expect from us. In addition, we have planned several further renovation and expansion measures in the lounge area at our Frankfurt hub, which will further im-prove the lounge experience for our guests".

The highlight of the Panorama Lounge is the breath taking view of the Frankfurt Airport apron, in which rolling aircraft are almost within reach. The lounge, which initially differs from the usual Lufthansa design, has a spacious main area with many seating options as well as a food and beverage buffet. It also offers several smaller rooms for working or relaxing, a smoking area, additional buffets and a relaxation room. The high quality sanitary area is well equipped and has four showers.

The Panorama Lounge is open from Mondays to Fridays between 6 a.m. and 9 p.m.

3) Primo a319 arriverá a Cityline, a fine anno dovrebbero averne 5.