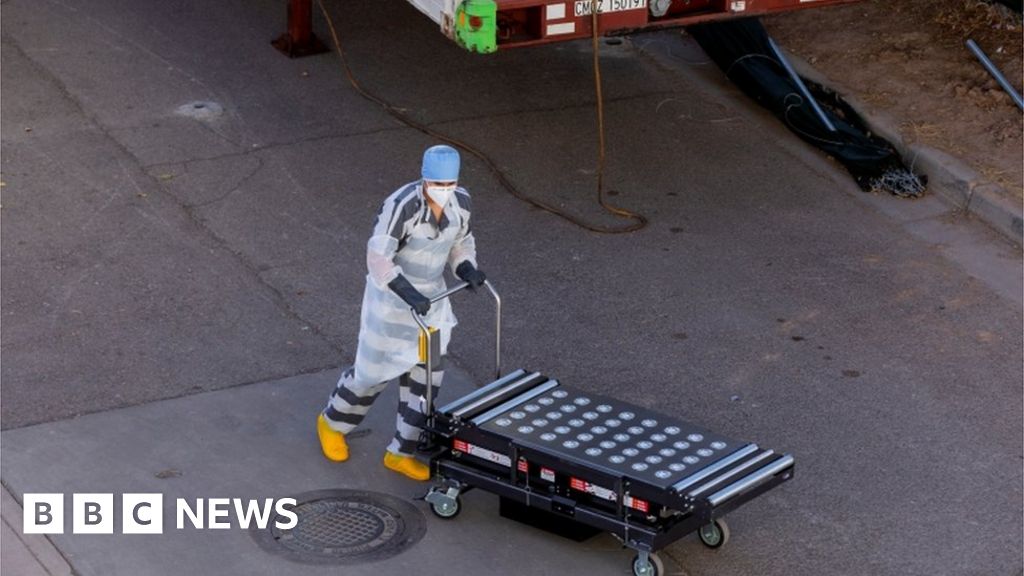 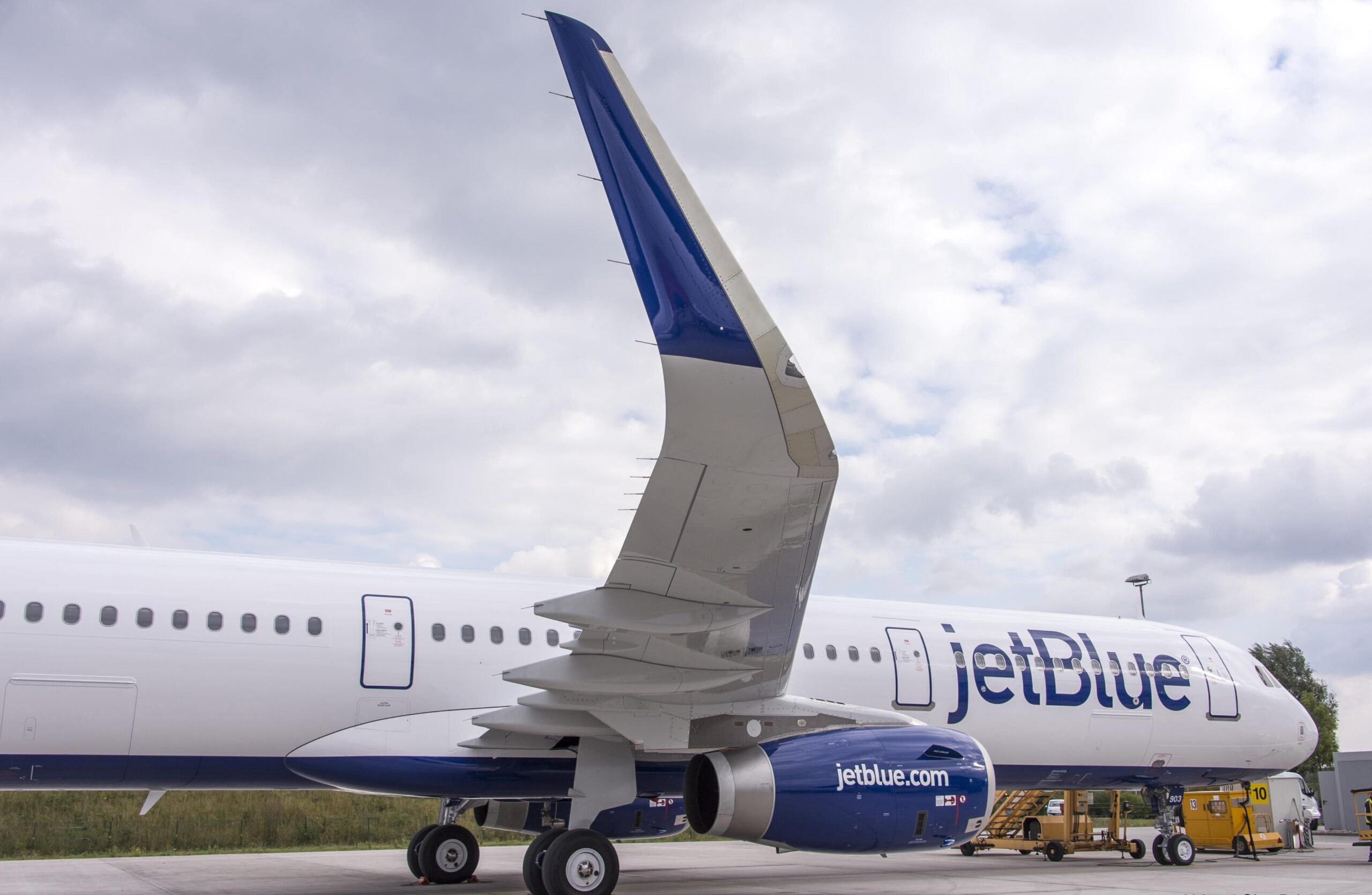 JetBlue wants to serve London next year. Right now, however, the airline has not received slots at its…

JetBlue wants to serve London next year. Right now, however, the airline has not received slots at its…

5 Amazing Things To Expect On JetBlue’s Narrowbody London Flights
JetBlue’s flights to London are edging ever closer. The airline has recently secured slots at two London airports, albeit not exactly what it wanted. Nevertheless, we can expect to see the airline arriving in Europe from next summer, and there’s a whole lot to love about this transatlantic gamechanger. Here are five cool things to look forward to with JetBlue’s arrival.
There are some pretty cool things to look forward to with JetBlue.
All new business class
JetBlue has already teased some of the upgrades it’s making to its inimitable Mint product, with an announcement yesterday of soft product changes. New food and beverage offerings combined with upgraded duvets and new wellness products give us a flavor of the high-end service the carrier is pursuing.
But that’s not the best bit. Still to be unveiled is the upgrade to the hardware onboard. With JetBlue’s slot filing in the UK, we learned that the A321LR will be flying in a premium heavy configuration, with just over 130 seats onboard. This gives the airline scope for some pretty innovative (and very comfortable) seat products upfront, which should see it competing on an equal footing with the widebody operators on the route.
We don’t yet know quite how good the JetBlue premium product will be. Photo: JetBlue
Speaking at a recent Aviation Week webinar, CEO of JetBlue Robin Hayes said

“We knew we had to turbo charge [Mint] for the European market and so today’s really was an announcement for local a lot of the software related to the product. It’s the furnishings and the meal service and the duvet, which we will start with effect from tomorrow. You’ll see something from us into next year in terms of thinking in terms of how we upgrade the hardware of the product.”
Clicca per espandere...

Widebody comfort on a narrowbody plane
While there are still those who will balk at the idea of spending six, seven, eight hours on a narrowbody plane, the A321neo really isn’t just any old narrowbody. It’s up to 50% quieter than its predecessor and has the width to offer a generous seat width of at least 18”.
On its domestic A321neos, JetBlue’s Core (economy) product has a pitch of 32”, which in itself is one of the most generous on any narrowbody aircraft. It also offers an ‘Even More Space’ upgrade which brings the pitch to 35-38”. In an era where many short-haul narrowbodies are cutting pitch down to below 30”, this should be a refreshing change for the knees!
The A321LR offers widebody comfort in a smaller package. Photo: JetBlue
Added to the comfort factor, JetBlue is likely to equip its aircraft with at-seat IFE in all seats. There should be power outlets at every position, free on-demand movies, TV shows, and possibly also their inimitable free WiFi from gate to gate.
Cheaper than ever fares
JetBlue has targeted London as its first European destination for a couple of reasons. First, it’s about tapping into one of the busiest routes in the world, between London and New York, and giving passengers another option on that sector. Secondly, it’s about bringing down the price.Advertisement:
Robin Hayes commented that London was the location where fares had been ‘astronomically high’ for a very long time. He sees the potential to offer something different, something better and, crucially, something more affordable. He commented,

“The big opportunity for us in Europe is that we can come in, and we can significantly reduce the price. And so we actually think that will be a stimulant to getting people to fly again, because they’re going to look at this amazing product, they’re going to look at the price point and probably do double take, thinking ‘am really I’m going to get business class for that?’”
Clicca per espandere...

Lower fares will open the market to new segments of travelers.
He believes that, even with the pandemic stifling demand, these types of offers are going to be too good to refuse. While it’s not yet time to elaborate on how much JetBlue’s fares will be, we’re fizzing with excitement at the prospect of affordable lie flat comfort across the Atlantic.
Amazing connectivity in the US
JetBlue’s route map includes more than 90 destinations across the US. That means that, whether you fly into Boston or into New York, that need not be your final destination. Seamless transfers open up a world of locations in the US, as well as down into Latin America and even the Caribbean.
Added to JetBlue’s own extensive network, the airline partners with a number of other operators to bring additional connectivity to passengers arriving in the US. Most notably, Hawaiian Airlines can facilitate a seamless transfer to Honolulu and the islands beyond from LAX, JFK and BOS. Even better, the new partnership with American Airlines gives its passengers access to a multitude of destinations from JFK, with more than 60 routes included in the partnership.
The JetBlue effect
When Southwest Airlines was just starting out, the US learned a new term – the ‘Southwest Effect’. As airlines entered new markets with lower price points and a good product, other airlines operating in that market were forced to lower their fares in order to remain competitive. The Southwest Effect has been seen in other markets, notably in Europe when carriers like Ryanair arrive.
JetBlue plans to do the same for the transatlantic. As the carrier arrives with its superb business class product and surprisingly low fares, there’s going to be a knock-on effect that benefits passengers more widely than just those who fly with JetBlue.