Airberlin’s Austrian subsidiary FlyNiki will operate up to three daily flights between Vienna and Rome during the summer 2017 IATA schedule, as well as one daily frequency operated by Spanish LCC Vueling.

Rome became the third destination, in addition to Barcelona and Palma de Mallorca, where Austrian transferred services to Eurowings.

Austrian also ended services to Istanbul in winter 2014-15 because of strong competition from Turkish Airlines.

Since July, two Vienna-based Eurowings Europe A320s operated 700 flights, producing a load factor of 80%. A third aircraft will be added by October, operating to 15 European destinations from the Austrian capital.

At the same time, Eurowings will strongly expand its presence at Salzburg Airport and increase the number of Airbus A319 aircraft stationed in the City of Mozart to a total of three. Furthermore, Eurowings will expand its leisure flight program from Innsbruck Airport offering full charter flights to warm-water destinations. Thereby Eurowings is pursuing its strategy of consistently concentrating on decentralized routes i.e. point-to-point flight traffic. Today Eurowings is already number one at four major German airports, namely Düsseldorf, Hamburg, Cologne and Stuttgart.

"We will remain number one in Austria - in five, six or ten years' time", says Andreas Otto, CCO of Austrian Airlines, “Austrian will coordinate the flights from the Vienna hub, while Eurowings will handle the decentralised traffic. We will connect high-demand routes such as Barcelona, Birmingham, Nuremberg, Rome and Zadar more closely to our hub and increase the frequency of flights.”

Robert Jahn, Managing Director of Eurowings Europe, speaks of a clear win-win situation: "We are changing our flight formation. Austrian will strengthen the Vienna hub, Eurowings will cover the flanks and consistently focus on the important point-to-point business. Accordingly, we not only want to consolidate the pole position of the Lufthansa Group in Austria but jointly expand it further".

Within the context of the closer collaboration of the two airlines, the following destinations will be offered in the route network of Austrian Airlines as of January 2020: two daily flights will be operated to Barcelona (expansion from twelve to 14 weekly flights). Birmingham will be served up to once daily (increase from four to seven flights per week). Up to two flights will be operated every day to Nuremberg (twelve weekly flights instead of eleven), and frequencies to Rome will rise to three daily flights (21 flights each week instead of twelve). Up to one daily flight will be offered to Zadar (thus raising the number of weekly flights from two to seven). The leisure flight program (of Austrian and Eurowings) of summer 2020 will be published at a later date.

Check-in for all these flights will take place at Austrian Airlines in Terminal 3 at Vienna Airport in the future. The existing scheduled flight connections of Eurowings between Vienna and Düsseldorf, Hamburg, Hannover, Stuttgart and Cologne will remain part of the Eurowings route network and will be operated out of Germany as in the past. These flights will continue to take off from Terminal 1 in Vienna.

For Austrian Airlines, this step provides added impetus to its #DriveTo25 strategy. The ten additional A320 aircraft already announced earlier this year will be complemented by four wet lease aircraft from Eurowings. In January, Austrian Airlines reported that it would phase out its smaller turboprop aircraft by 2021 and increase its medium-haul Airbus fleet from 36 to 46 airplanes. This change in the fleet composition is currently being implemented. The first of the ten A320 aircraft is planned to land in Vienna shortly. The 37th Airbus will take off on behalf of Austrian Airlines starting in December.

Austrian Airlines gradually reorganizes its decentralized routes
In connection with the strategic concentration on its home airport in Vienna, the decision was made by Austrian Airlines to reorganize decentralized routes between the Austrian federal states and Germany. In an initial step, Austrian Airlines is reorganizing flight operations on the Salzburg-Frankfurt and Graz-Frankfurt routes within the Lufthansa Group and will likely transfer responsibility for these routes to Lufthansa at the turn of the year 2019/2020. The new flight connections can be booked as of October 23, 2019. The number of flights on these two routes will not change: In the upcoming winter flight schedule, a total of 28 weekly flights will be offered linking Salzburg and Frankfurt, whereas 26 flights will be operated between Graz and Frankfurt each week. The previous flight times will be maintained with the exception of a few small adjustments. However, overall seating capacity between Salzburg and Frankfurt will increase due to the fact that Lufthansa will deploy Airbus A319 and thus larger aircraft than has been the case up until now. A mix of Airbus A319, Embraer 190 and Bombardier CRJ900 jets will be deployed on the Graz-Frankfurt route. Total seating capacity on this route will remain unchanged. In the future, Austrian Airlines will make use of two Embraer aircraft currently stationed in Salzburg and Graz for flights departing from Vienna to destinations in its European route network. 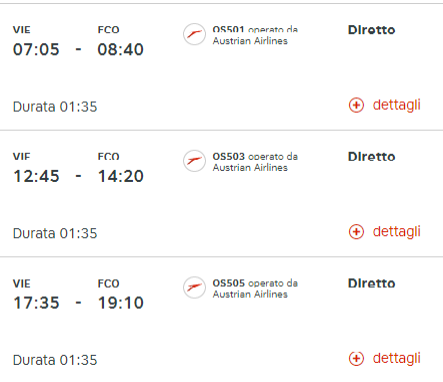 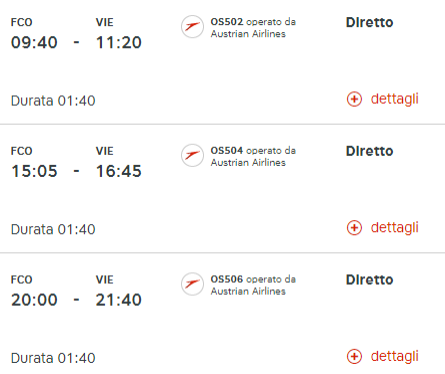 Austrian to slash 30% of management jobs in cost-cutting drive

Austrian Airlines will eliminate almost a third of managerial roles as part of a cost-cutting drive aimed at repositioning the carrier to better compete with low-cost rivals.
The Lufthansa Group subsidiary says that it is "realigning its management team" under its "DriveTo25" business strategy, and will focus managerial resources on the area of operations.
"In close consultation with the works council, 30% of all management positions will be eliminated. About 90 out of 300 executive positions will be cut," says Austrian.
The airline has reshuffled a number of management roles as part of the plan and has promoted accountable manager Jens Ritter to chief operating officer.
Head of ground operations Markus Christl will become the airline's new head of human resources on 1 March. He will replace Nathalie Rau, who has "decided to move on to a new professional challenge outside the Lufthansa Group".
Christl's former role will be taken up by Suzanne Svejda, the airline's senior director of operational steering and support.
Austrian plans to integrate its aircraft asset management division into its corporate strategy unit and will combine the treasury department with accounting and taxation.
The carrier's international and aeropolitical affairs and corporate communications divisions will also be integrated "in the future" and, Austrian says, greater emphasis will be placed on corporate responsibility, for which a new executive position "will be advertised".
A new, separate unit will be created to concentrate on "project, process and lean management". This will be overseen by the chief financial officer.
"The changes in the management team will help Austrian Airlines to gain additional clout and thus more effectively operate in the current market environment," states chief executive Alexis von Hoensbroech.
He argues the airline can only position itself as "a viable, future-oriented company with a strong executive team and lean structures".
In November, Austrian warned that it would need to cut costs and refocus on its Vienna hub in response to fierce low-cost competition in its home market. Its chief executive said then that measures would be "painful" but "necessary" to safeguard the airline's future.
The warning was issued as Austrian reported an 85% EBIT reduction for the first nine months of 2019, and cautioned that it might not post a profit for the full year. Cirium
Clicca per espandere...